Wow. That takes some balls… and perhaps a previously (?) undiagnosed mental condition.

“I thought he would tell the man to stop or move. He did neither. The flight attendant told me that he couldn’t move me because there were no seats available in my class,” Amestoy explains. 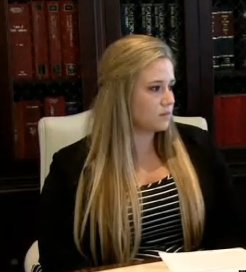 But no. despite complaining repeatedly to the crew, this poor teenaged girl had to endure the man’s sexually-deviant behavior for the entire six-hour trip!

“Meat or fish? … Sir… you’ll have to place your tray down so I can lay your meal on the table. Thank-you.  Hmm… we seem to be having a lot of turbulence surrounding just your seat.”

And then… turning to the terrified teen: “Ma”am… Ma’am? Oh dear, she seems to have gone catatonic… oh, well… sir… meat or fish?”

Of course I have no way of knowing if that happened, but the cavalier way the passenger claims her please for help were ignored is disgusting and troubling.

It seems, however, as though the masturbator would stop every time a flight attendant would pass by… which means the masturbator knew what he was doing was wrong and chose to do it anyways… and did not anyone in the adjoining seats see what was joint on?

The flight attendant said there were no more seats for her to switch to… (in her Class… implying there might have been a better class of seat available)… so there had to be someone beside him or in front of behind her who could corroborate her claims to the flight attendant.

Or… Stew… go ask a man – surely there was a manly man on the plane (as upped to the Stew), to please exchange seats with the poor victim.

But you know what would have been a better solution to the situation rather than ignoring the passenger?

Amestoy says the man concealed his behavior from other passengers with a blanket – so I suppose he may have lifted a corner for her to look at… stop looking… ignore it… maybe it will go away… BUT… that’s beside the point. Someone should have done something about the masturbator.

After the flight landed at LAX, Amestoy was picked up by her father, who called authorities when they arrived at home.

The male passenger was later convicted for his lewd actions.

Not done, Amestoy and her parents then hired attorney Gloria Allred, who filed a lawsuit against the United Airlines.

“We have filed this lawsuit and are speaking out because we want United to have a clear policy that they implement to protect victim passengers in the future,” states Allred.

The airline should report anyone who engages in sexual misconduct to law enforcement before the offender leaves the plane, Allred explains.

United Airlines issued the following statement in response to the lawsuit: “The comfort and security of our customers is our top priority, and we will closely review this complaint when we receive it.”

Andrew was born in London, UK, raised in Toronto, Canada, and cavorted in Ohtawara, Japan for three years. He is married, has a son and a cat. He has over 35,000 comic books and a plethora of pioneer aviation-related tobacco and sports cards and likes to build LEGO dioramas. He has written and been an editor for various industrial magazines, has scripted comic books, ghost-written blogs for business sectors galore, and hates writing in the 3rd person. He also hates having to write this crap that no one will ever read. He works on his Pioneers Of Aviation - a cool blog on early fliers - even though it takes him so much time to do. He also wants to do more writing - for money, though. Help him out so he can stop talking in the 3rd person.
View all posts by mreman47 →
This entry was posted in Commentary, Heavier-Than-Air, News and tagged bad behavior on airplanes, Flight Attendants, poor service on airplane, Sex on airplanes, Stewards, United Airlines. Bookmark the permalink.