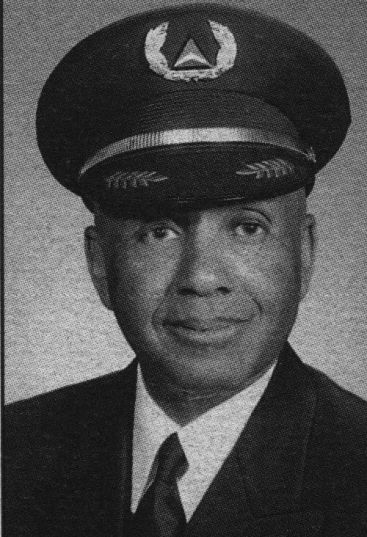 What could be so special about a man who was born nearly 50 years after the Wright Brothers first flew, here in this Pioneers of Aviation blog?

Again, in honor of Black History Month, let me introduce you to Louis Freeman, who in 1992 became the first Black chief pilot of a major U.S. airline. Yeah… 1992. It took that long.

Sometimes I forget that within my own lifetime, such things as integration were a major social issue in North America – and while I don’t believe that racial prejudice played a part in Freeman finally being the first chief pilot of a major US airline, I’m afraid I can’t discount it either.

At that time, 1967, Freeman and his brother, and eight other students were the first Black students to integrate the previously all-White school—which I’m sure was a trying time for them, but hopefully not too bad.

Freeman was also part of the first Black assistant drum majors for the high school, with Freeman himself becoming the first Black cadet corps commander at the school’s ROTC (Reserve Officers’ Training Corps), prior to graduating in 1970.

Upon graduation, Freeman attended East Texas State University, and was again the first Black ROTC cadet corps commander. He also passed the Air Force Officers’ Qualifying Test in his sophomore year. He graduated from the university with a Bachelor’s degree in sociology and psychology in 1974.

Continuing with his string of “firsts”, Freeman was the first Black trainee to join the  United States Air Force Undergraduate Pilot Training program at Reese Air Force Base near Lubbock, Texas. The Base’s primary purpose has always been pilot training.

After the training, Freeman was assigned to the 454th Flying Training Squadron at Mather Air Force Base in Sacramento County, California (but since closed as of 1993), flying Boeing T-43 Bobcat‘s, a modified Boeing 737-200.

While not the first, he was one of the first Lieutenants to become a flight instructor and supervisor of flying, staying there until he resigned his commission in 1980 to embark on a career in commercial aviation.

After this, the information on Freeman is brief, at best – which is both good, and bad.

Good because it implies his career didn’t involve anything bad, and bad because I just wish there was more information on the man.

So… upon leaving the military, Freeman joined Southwest Airlines in 1980, and became their first Black pilot.

In 1992, he became the first Black chief pilot of a major US airline, and while Wikipedia does not state which airline specifically, I have to assume that it was Southwest Airlines.

Freeman says that one of his more memorable experiences flying was when the plane he was piloting carried the body of Civil Rights legend Rosa Parks, as the NAACP asked for and received an all-Black crew.

Freeman retired from flying for Southwest Airlines on June 8, 2017 as he approached the mandatory retirement age of 65—and never missed a day of work!!!—and is hopefully enjoying his time on the ground.

While Freeman did indeed break the color barrier for commercial pilots, whether its due to simply not wanting to become a pilot, or because of racial barriers (I can’t pretend to know), only about 3% of all commercial pilots are Black.

Andrew was born in London, UK, raised in Toronto, Canada, and cavorted in Ohtawara, Japan for three years. He is married, has a son and a cat. He has over 35,000 comic books and a plethora of pioneer aviation-related tobacco and sports cards and likes to build LEGO dioramas. Along with writing for a monthly industrial magazine, he also writes comic books and hates writing in the 3rd person. He also hates having to write this crap that no one will ever read. Along with the daily Japan - It's A Wonderful Rife blog, when he feels the hate, will also write another blog entitled: You Know What I Hate? He also works on his Pioneers Of Aviation - a cool blog on early fliers. He also wants to do more writing - for money, though. Help him out so he can stop talking in the 3rd person.
View all posts by mreman47 →
This entry was posted in Airfields, Firsts, Heavier-Than-Air, Pilots and tagged Black pilot, Boeing T-43 Bobcat, Louis Freeman, Mather Air Force Base, Reese Air Force Base. Bookmark the permalink.

2 Responses to Louis Freeman – A Whole Lot Of Firsts